Pewter Inlay on the Boha

During an extensive historical survey of the boha, the bagpipe of the Gascon lands, we came across a large number of examples which displayed the craft of pewter inlay. This article will illustrate the technique previously described in Chanter Winter 2016 by Pascal Petiprez from the COMDT (Toulouse-France). It will show what the study revealed about the different uses of pewter in boha design and also show some of the various applications on the instruments.

We observed that the pewter was used to tackle four different technical challenges:

Here are some examples of repairs::

Pewter had often been used to consolidate some parts of the instrument, especially the extremities. On these pictures, the pewter acted as a bumper and protected the wood (BdG-2012-2 “Padera” - BdG-2013-7 “Claouriot” - BdG-2013-3 “Mougneres”).

Last but not least, the decoration seemed to be the most important use of pewter in the design of the bohas and bagpipes in general. Jean-Luc Matte made an inventory of the different geometric figures found on the bagpipes (http://bit.ly/Chanter53). In 2013, Frédéric Vigouroux included the boha in this inventory.

Decorations appear on four different parts of the old bohas:

There are two types of connectors on the boha, one for the blowpipe and one for the chanter. 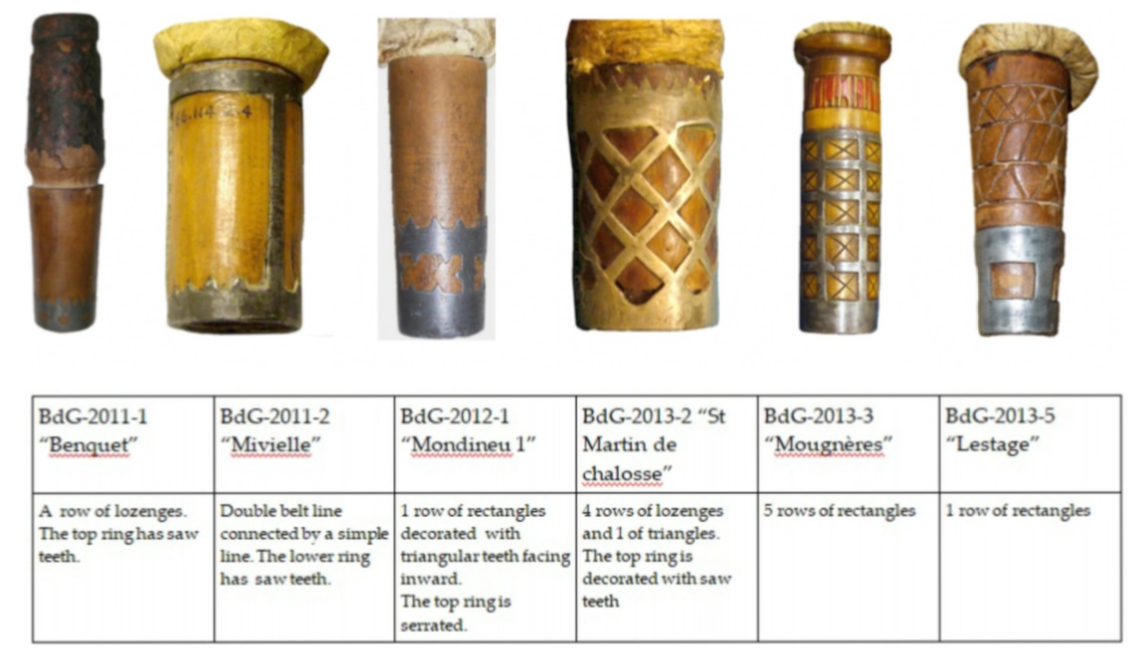 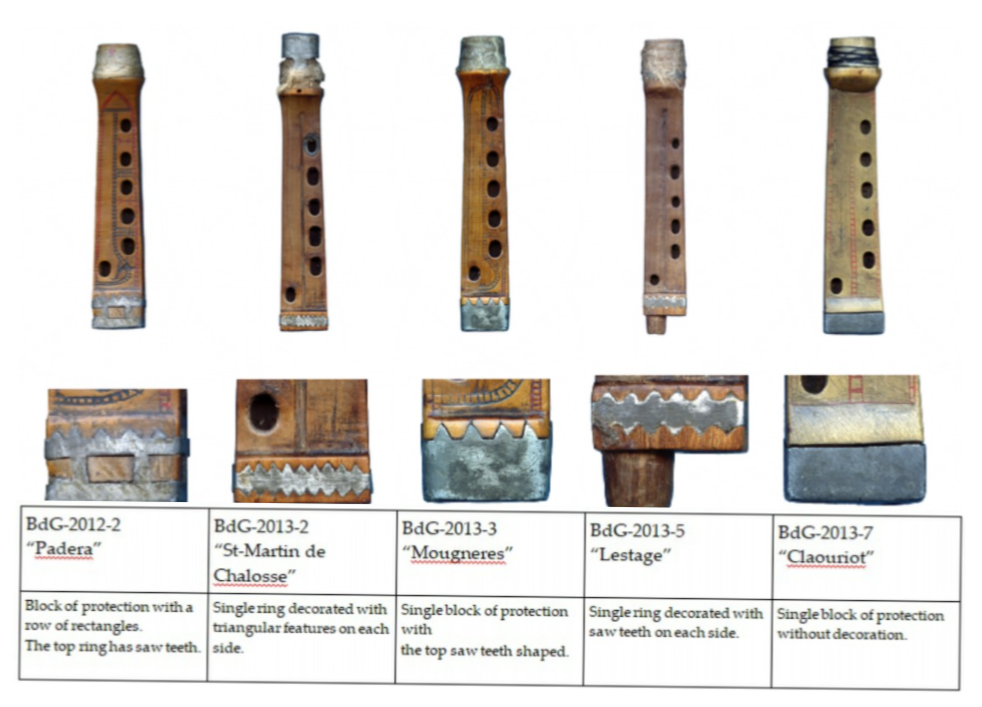 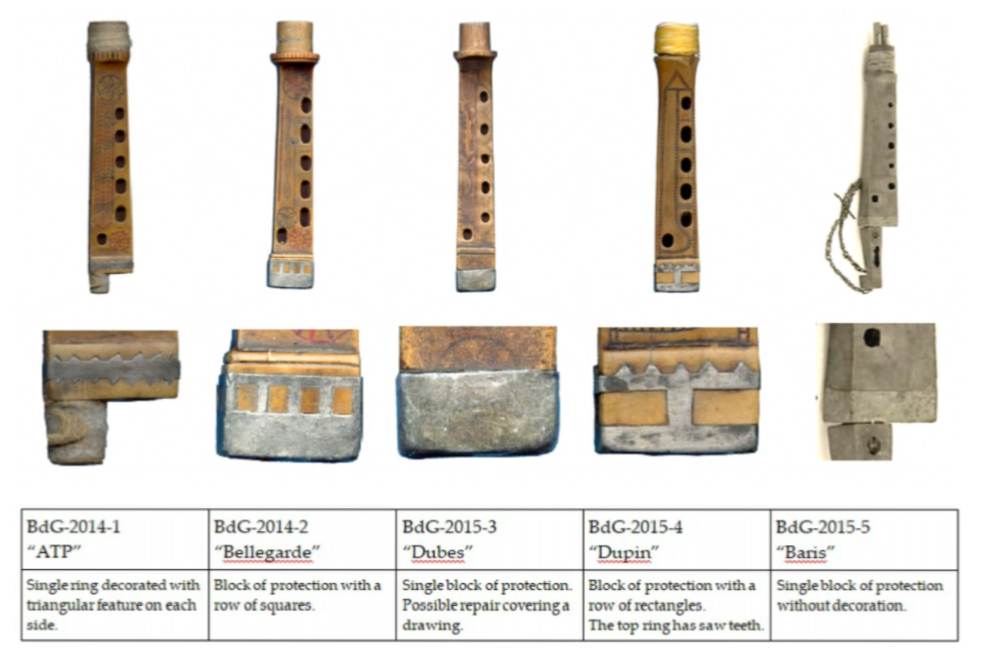 Pewter inlay on the blowpipe:

Some of the nineteen blowpipes we found were decorated - but never with pewter. However, one blowpipe had pewter to reinforce the end on which the player blows. This is rather dangerous because of the tin toxicity (BdG-2015-4 “Dupin”).

Pewter inlay on the chanters

Pewter can be found at each end of the chanter potentially providing both protection and decoration. Out of eighteen bohas studied, ten chanters had pewter on one end and two had it on both ends. Among those, four had decoration that could be classed as consolidation and seven had no decoration at all.

Now that this study has been done, in order to have a complete overview of boha decorations, a study needs to be done of the carving in the wood and the inscriptions made with ink or wax.

Since 2006, Patrick Burbaud has been Secretary of the non-profit organisation " Bohaires de Gasconha " and has been responsible for the following projects: “Method for the Boha”, 2007-2010, “Intangible Cultural Heritage” 2013-2014, “Survey of historical Bohas”, 2011-2015. Patrick plays bagpipes, flute and fife and has also made instruments.